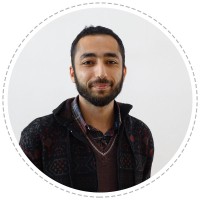 Abstract
The flow in subsurface geological reservoirs such as petroleum and groundwater reservoirs are often comprised of multiple fluids. Geological reservoirs are porous media i.e. a network of micro and nano channels. The fluid can not always freely move when there is another phase present in this network, hence it will be trapped. Trapping of the fluid can be unfavorable for petroleum reservoirs where the objective is a higher production, or favorable in case of carbon capture storage. We want to study this trapping behavior in porous media by investigating the interaction of phases with each other and with the porous media in the vicinity of so called three-phase contact region. This region is created by spreading of one phase on the solid i.e. wettability.  Having the same configuration but different conditions e.g. interface velocity, pressure and salinity of the fluid, the wettability can change. This is the case for low salinity water injection for EOR, or CO2 injection in aquifer. The common method to describe wettability is by visually measuring the angle between the solid smooth surface and the interface of the phases, which is called the contact angle. Although the inter-molecular interaction between solid and fluids is presented by this concept, it does not describe accurately the wettability alteration due to change in different conditions arising from molecular scale. The change in contact angle due to interface velocity although shows a trend which doesn't have a sensible explanation. Still we need to impose a boundary condition on the solid to be able to model the multi-phase flow in porous media. Instead of using contact angle we develop lubrication model for the evolution of the thin film on the solid and incorporate it to the pore-scale model (Navier-Stokes based) as the solid boundary condition. In this way, we can account for inter-molecular forces in combination with the pore-scale model since the lubrication approximation is the depth average of the thin film meaning the different scale between micro channels and molecular scale is rectified.